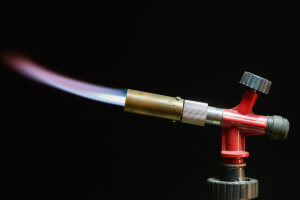 People from all over the world love beer. It’s one of the most popular drinks and, if we’re being honest, drugs in the world. Just about every country imbibes.

In the U.S., there is a culture of plenty when it comes to beer. We have all sorts, ranging from the cheap stuff you drank as a youngster to a wide array of artisan beers, craft beers, draft beers, imports from other countries, and microbrews. While things may have certainly been different at points in the past, now, most Americans actually live within 10 miles of a local brewery.

Home brews and smaller beer producers are living during a good time for their industry. People appreciate a homemade beer variant as much as they do any of the mainstream varieties. There were 3,000 breweries operating in the month of June 2014. That’s quite a lot of locally brewed suds.

So, how are these breweries getting it done? As it turns out, the availability of high-grade equipment for producing beer are more readily available than they’ve ever been in the past. Brewery owners can get rectangular melters, propane burners, torch burners, venturi burners, and other tools used for applying extremely high temperatures to ingredients as easily as they can order beer kegs. Today’s industry is far friendlier towards “the little guy” and his operation than ever before. These used to be tools available almost exclusively to the large breweries that can afford them, and nobody else. Rectangular melters, in particular, used to be somewhat rare amongst all but the largest of companies. Their price, combined with the amount of skill and safety know-how needed to operate them made them difficult to work with in the days of yesteryear.

Time to get brewing! If you’re anything like the 95% of commercial businesses surveyed, you likely use an oven for at least one thing. Take a look at all the startup equipment you might need and you’ll find that a lot of it is more readily available, and cost-friendly than you’d thought, particularly heating equipment and accessories.